Roberta was on the move to a new place and is now back with her new friend Fil. Let’s see if she now has more tolerant neighbors and what crazy things are gonna happen there.

Darcie & Stifler are back after their relocation. They now live in a really bright and modern looking place. For sure we will see some great in the future there but even without them, they did some naughty things mainly on the sofa.

Romeo & Gloria had to leave our project because they did violate our rules. Carl & Jenifer are now living in their place. They are a young couple with many friends. Some of them already came over for a casual party there. Let’s see if parties there will get more wild in the future.

Charlie & Liss are two girls who joined our project and they already did some weird things. Bodypainting with some art performance on the floor for example. One night they invited Amy & Jane and they showed them what else can be done there. Now let’s watch if they liked it and will do it too in the future.

Ary & George had a lot of fun with cute Anni again. Two hit threesomes in the bedroom happened. Guys are a little stressed there at the moment because Ary and George are going to get married soon and they are all busy with the preparations for it. The loggia cam there will be added very soon too.

Zack & Blonde had a very hot week. Zack had a lot of fun with naughty girl Jade. When she visited it never took much time until both ended up in bed. Later cute Nelly visited him and the fun began again. But Blonde did not come shortly too as he invited his friend Leonie quite often and they had great fun on the sofa bed in the living room Also Courtney lately is visiting them and especially Blonde had some crazy nights with her.

Mary is now back and she invited some interesting new guests. Unfortunately, some of the action there still happened in the many blind spots there or there simply is none. We hope for some more naughty action on cams there in the future.

Sina & Jules had two other threesomes. One with a girl and one with a guy. Jules had a lot of fun with two girls while Sina again enjoyed the two girls all at once. But when all alone the two could not keep the hands is each other too. With Sina naked mostly all the time it was no problem for them to get right into the action.

Valerie & Glen celebrated Glen’s birthday but unfortunately the party kind of fizzled there. At least they had fun all on their own and it was a nice intimate mood for them. We wish them to manage some bigger parties in the future.

Amy & Jane again showed us what real love and passion between girls means. They were all over each other and even when not sexually engaged they left no doubt they are deeply in love. Speaking of sexually engaged the tub was their favorite place to start and they often ended up on the sofa in the living room or in their cozy bed.

Blaine & Jese`s favorite place again was the bed and they often did several sessions of sex in a row not getting enough of each other. But even in the living room, they started to do it now. Jesse lately not wearing many clothes at all helped to heat up things even more there. Check out their cat Thomas as he is totally into the cams too and often does funny things right in front of them.

Sia got visited by a different guy last week and they had some fun on the sofa together. While Em & Bob mostly stayed in the bedroom all the time Sia tried to heat up things a little by topless cooking and baking. Some parties are truly missing at this place.

Things really heated up at Pablo & Juliet place lately. There was a party where Pablo had sex with Ruby in the bathroom while Juliet enjoyed herself with another guy in the jacuzzi right next to them. Last weekend there was a ridiculously big party with over 30 people in the house. And last night Ruby visited again and had three rounds of hot sex with Pablo.

Gary & Scarlett played a truth or dare game last week and Scarlett lost and she had to shave her head bald. But it seems she really enjoys it and is naughty than never now using her bald head to give Gary some nice feelings down there. Also Ben & Whitney were still couch surfing there limiting the action there a little. They really should look for a place of their own.

Unfortunately, Courtney & Jason broke up but Courtney decided to stay and is wild as never now. She invited Heather and together with Zack & Blonde and later some more guys they really had a great time. Courtney is insatiable and did it the whole night with one of the guys while sometimes another one joined too. Later Lenja visited for some gossip too. Hopefully, they made plans for a great party there.

Grace & Jacob last week even got more naughty and daring. Two guests a guy and a girl visited them and this time Grace did not bother to put on clothes at all. Later in the bedroom, while the guest was sitting at one end of the bed Grace started to blow Jacob and they later had sex with the two guests right there in the room.

Herman & Red once again led the parties at Kira`s place. They invited Nastya and new girl Sharon for some naughty party games. Red has a new red see through lingerie dress but even that did not stay on for long. She prefers very minimal clothing. All alone they had a crazy sex session in their room driving Red from one orgasm to the next. Of course, Kira is still there too but it seems Herman & Red are taking over this place. Not a bad thing at all.

Yeah,  Mira & Henry are finally back from their vacation and Mira has an incredibly sexy looking tan. They seem to be very well rested as right on the second night after they returned they invited a new couple Marta & Feo and had a crazy foursome with them on the living room sofa. Later Miras best friend Vera visited and Veronica with her friend came over there too.

While Nina & Alan still were away Jane showed us some of her amazing dancing skills only wearing a see through top and panties. Later she got visited by her boyfriend Jake and they had a very naughty night in the bedroom there.

Unfortunately,  naughty girl Ethel left our project. We wish her the best and hope she will stay as naughty. 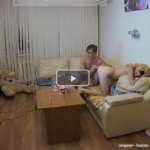 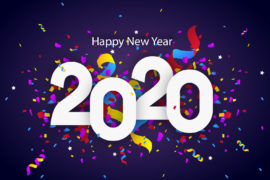 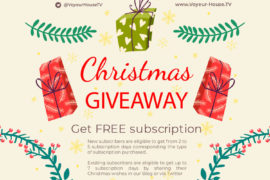 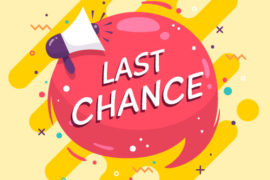