No girl has been able to resist the overwhelming urge of sucking off Connor. The tatted-up alpha male enjoys a great round of oral sex in the bathroom. His blond-haired girlfriend looks as submissive as humanly possible.

Ruta’s voluptuous body is tied up and suspended in the air. We didn’t expect her to be on the forefront of rope play, but here she is – enjoying every single second of being restricted, suspended, and completely vulnerable.

Fishnets-wearing Nadia decides to pleasure her well-endowed boyfriend, Brian. The passion with which she gobbles up his huge boner deserves a major shout out. The only sad part is that Nadia’s tail plug didn’t get much use here.

Trying bondage for the first time can be scary, but Jessica and her friend just dive right into it. This thirty-minute video painstakingly details the fascinating discoveries made by two inexperienced BDSM-loving girlfriends.

Peeping on girls in the shower is an art form. Don’t worry, you won’t get into trouble if you happen to get caught. The big-breasted stunner right here, Amber, she appreciates every single one of you. She WANTS you to watch her.

And that is it for us today. We’re going to leave you with a couple of questions to ponder. Which scene was your favorite? Do you enjoy bondage-themed voyeur videos? Which participant deserves more attention? What’s your dream VH gift? Share your opinion with us! 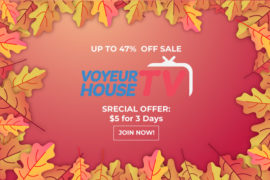 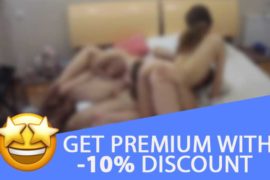